PokerStars for Mac was first made available in August 2008, at a time when PokerStars had just become the Nº 1 provider of real money online poker in the world. The site´s superior software attracted many new players to the site and PokerStars has since raised its standards higher in order to deliver an outstanding poker experience.

More than 50 million players have registered an account with PokerStars since the company dealt its first hand of real money online poker in 2001, and the site now holds records for the most valuable online poker tournament ever played ($12.2 million prize pool) and the most active players in a single online poker event (225,000 players). 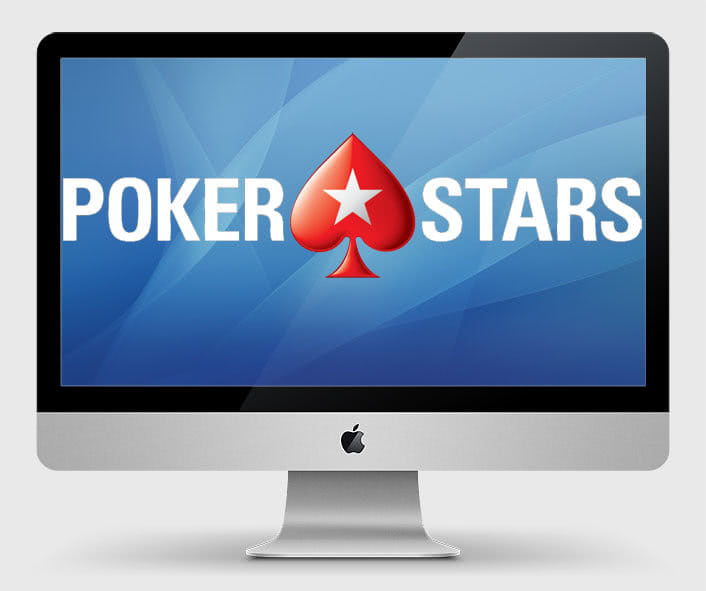 Such is the size of the site, it is impossible to provide a Mac PokerStars Review in a single web page; so we have dedicated separate pages to how to download PokerStars for Mac and the bonus code for PokerStars in order that each is given its appropriate exposure.

The Variety of Games on PokerStars for Mac

The variety of real money online poker games provided by PokerStars for Mac is massive; and, just as importantly, the site has sufficient traffic to have tables providing these games open practically all of the time. The average number of cash game players throughout the week is more than 20,000, but the site often welcomes more than 50,000 players during peak periods.

All varieties of Texas Hold´em are provided at PokerStars (No Limit, Pot Limit and Fixed Limit) along with Omaha, Omaha Hi/Lo, 7 Card Stud, Razz, 5 Card Draw, 2-7 Draw (Single & Triple), Badugi and Courchevel. The site also hosts mixed games of poker – both in cash game format and in tournaments – in which several of these disciplines are combined.

The Standard of Play on PokerStars

The standard of play on PokerStars is generally very high, and players who play too loosely are likely to see their bankrolls evaporate quickly. Even low-stakes and recreational players have a good understanding of what is required to play successful real money online poker, and there are rarely any soft tournaments or easy tables.

Inasmuch as this might result in a steep learning curve for a new player who has just downloaded PokerStars for Mac, players who succeed on the PokerStars tables can go to any other site with the confidence of being a fine poker player – although why anybody would want to leave an online poker site at which they are successful could be difficult to fathom!

PokerStars has a multi-level VIP Club/Rewards Program which enables players to exchange the VIP Points they collect while playing PokerStars on Mac into cash, tournament entries or goodies from the online PokerStars VIP shop. As players rise through the levels of the VIP club, multipliers are applied to the points that are earned to increase the value of the reward that players can achieve.

We found that by taking advantage of “Happy Hour” promotions and tournaments with a VIP Points buy-in, it was a quick and relatively easy process to built up a significant number of points and turn them into cash. It can also be worthwhile to save your points for more valuable exchanges rather than use them up with the lower value cash conversions.

PokerStars also sponsors many national and international live poker tours for which players can qualify through online satellites hosted on the site. Players can also use their VIP Points to purchase live events packages (flights, accommodation and Main Event entry) or to directly enter tournaments in PokerStars Live! dedicated poker rooms.

The banking options on PokerStars are plentiful and financial transactions are processed securely through an encrypted server. Players´ funds are held separately from PokerStars´ operating accounts and withdrawals are processed instantly once your identity has been verified. It is always recommended that you verify your account as soon as it has been registered, not only to access cashouts whenever you want, but also to increase the security of your account.

The customer services department at PokerStars is very good – however, they can only be contacted by email. It is understandable that with up to 225,000 players online at any one time it may be difficult to provide telephone or live chat support, and that players can usually find out the answers to any questions they have on the online “FAQ” section, but this is one of the few areas in which PokerStars does not match some other online poker sites.

There is no doubting that PokerStars is the biggest and the best when it comes to the opportunities for real money online poker players – both in the choice of games that are available and their value. PokerStars has a potentially lucrative VIP Program and a 100% secure deposit and withdrawal process and, although we were a bit critical of the options for contacting customer support, the response times were very good.

If you feel that you are ready, nip over to our page explaining how to download the Mac version and then you are invited to browse through the 2022 PokerStars Marketing code page to see how you can benefit from a 100% match bonus on your first three PokerStars deposits up to $600.00/€500.00/£400.00.